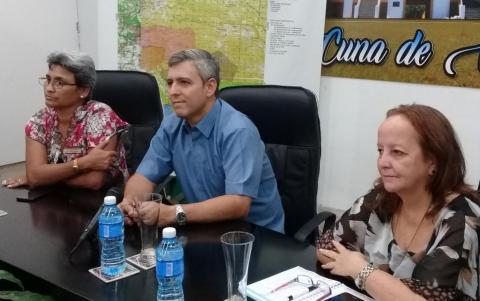 The Minister of Communications of Cuba, Jorge Luis Perdomo Di-Lella, described the process of computerization of society in Santiago de Cuba as positive, orderly and following the demands of current times.

As part of his visit to the province, the head of MINCOM appreciated the initiatives taking place in the territory of Santiago for the promotion of actions associated with e-Government, to promote citizen interaction through the use of the Internet, and thus raise awareness and good practices among officials and the people.

During the visit, he also exchanged views with the Board of Directors of the Territorial Division of the Cuban Telecommunications Company (ETECSA) on the infrastructure and investments that will enable better quality telecommunications services for people, to promote local development through cyberspace, research and innovation, and the digital economy.