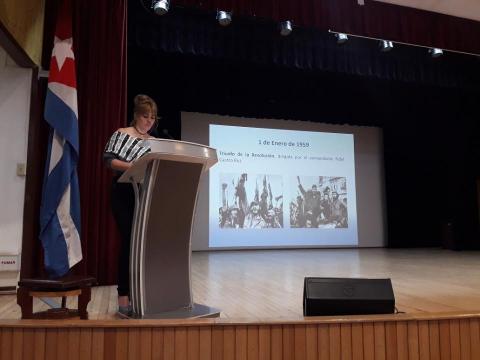 With the screening of two audiovisuals associated with the life and work of Julio Antonio Mella and the victorious entrance to Havana of the Caravan of Freedom, both events were commemorated and the young revolutionary Julio Antonio Mella was remembered, who was vilely killed by the would pull Gerardo Machado.

The occasion was conducive for the Secretary General of the Trade Union Bureau, Yanet Toledo Ruiz, to present to the newly incorporated workers who were wished successes in the work to be performed in the Ministry and congratulations.

The space allowed to congratulate the workers who are celebrating their birthday this month.